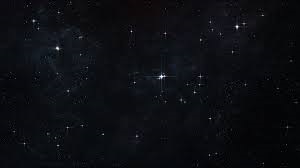 The Prompt: A werewolf howling at the moon (from Artprompts.org)

I was accepted to go to Stanford in the spring of 1972, and I graduated from Hardin High School that May. I had never worked anywhere except the farm so that summer I got my first job off the farm. I worked as a girl Friday at the local newspaper. The next summer I worked at the Purple Cow Pancake House and I vowed I would never waitress again.

*Don’t have time to read? Listen by clicking below:*

The following year, 1974, I went back to farm work. It was dirty, it was physically demanding. But it was so much better than waitressing that I never looked back.

One of my jobs on the farm was driving trucks during the wheat harvest. We had tandem axel grain trucks, always used, always needing a tweak here or there on the engines to make them run. We leased ground out south of town, on the bench land that was mostly owned by the Campbell Farming Corporation.

There was a short window of time that the Crow Indians could sell their reservation land, and I think the story is that the Campbell family bought up land in that time—they may have had an inside track on knowing the ins and outs of the deal, but nevertheless, they were the biggest operation in the county, if not the state, if not the country.

We had always been valley farmers—backbreaking tube irrigation work that was predominately sugar beets for the Holly Sugar Factory that happened to be situated at the lower end of our home place farm. In 1970 the factory closed, and most of the valley went into an excruciating recession. During that time my dad started a peppermint business, and then expanded into the dry land strip farming that was practiced by Campbell Farming.

The dry land farming was easy compared to valley farming. The strips of land alternated between laying “fallow” or with nothing planted on it to winter wheat (wheat planted in the fall, sprouted and then came back in the spring). They left the strips of land fallow so that the ground could retain a year’s worth of moisture in a semi-arid land where annual rainfall could be under 15 inches. Compare that to Minnesota, where that much rain falls in June/July/August in an average year. Aside from planting,  discing the fallow strips so weeds wouldn’t drink up all the water, spraying against weeds and insects,  then harvesting, that was about it for the dry land.

Harvest would start in mid-July and go for about a month. The combines would run from mid morning to as late at night as they could, until the dew and humidity made the grain “tough” and not as easily threshed. My brothers ran the combines, as they were the expensive machines. The hired men (and me) would drive the trucks that would be filled from the combine bins though augers that transferred the precious grain to the truck. We would then drive the trucks into town, either to the town elevator or to the farm bins for storage.

One night, Archie and I were the last loads leaving the fields. The furthest fields were over 20 miles from town, the closest were like 10 out. We were in the hills above the Big Horn River, east of St. Xavier, a small town on a curve in the paved road. Archie and I were riding together back to town on dirt and gravel roads, in the Green International truck.

The load was heavy, and there were hills we had to navigate, shifting down so we didn’t use the brakes alone to control the speed, then having to get some speed to make it up the other side of the draw. Archie was driving, I was the passenger, catching a ride home. It was summer, July, and it was probably 10:00 at night—the glow from the sun fading in the west, the eastern horizon already dark as the ground.

We made it down the grade, but on the upside, the truck stalled out. Archie tried to start it, but it just turned and turned but didn’t catch. It was dark, we were tired after a long day in the sun and frustrated that we were so close to getting home when the damn truck wouldn’t start.

We didn’t run the battery completely down but stopped trying just short. We got out, opened the hood, and just looked at the hunk of metal. Neither one of us had any idea what to do.

So we walked out to a rise and sat down on the dry, sage and Johnson grass grazing land. We were a good 15 miles from any civilization, miles from town, the river valley to the east was out of our sight. It cools down quickly on the prairie, and we sat and watched the stars pop out from east to west as the glow from the setting sun faded and the moon rose.

Archie and I were dress similarly—jeans, long sleeved shirts—dirty and dusty from the grain chaff and the dust that was kicked up and out of the combine. We were tired, but knew we were at least 30 minutes from home, and also knew the rest of the crew would be along shortly as they finished the final rounds on the field.

As we sat and chatted about life, kids, school, growing up, the night sky, the cool air against our dried sweat, dirty skin, crickets were playing their scratching songs, the buzz of nocturnal insects flying close to our ears. Then the eerie, distant cry of coyotes began. One would howl, then another, then another. They were talking to each other on this cool, quiet night, probably asking each other, “Look, do you see that star?”  “ Do you see that firefly?” “Will the moon take notice of me if I howl?”

Archie and I paused our conversation, and listened to the music of the hills, orchestrated by the quiet of nightfall. It lasted only moments and then the headlights from the crew shown on the road, illuminating the darkness.

We were rescued, even though we were safe, enveloped in the vastness of the night sky of Eastern Montana.

One thought on “Howling at the Moon”