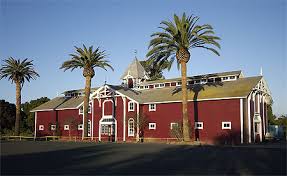 Posted on August 16, 2018August 15, 2018 by elainekoyamawrites Posted in Memoir, The Business of Writing, Writing Prompts

I grew up around horses and had a passion for working with livestock. We were originally a black Angus cattle operation and while we didn’t run the cattle on the range like many Montana ranches, we had fenced pastureland for the cows and when they had grazed the pasture down or needed to be brought into the corrals we would work them with horses.

From my earliest memory horses played a part. I was too young to ride Silver, my siblings’ horse, but I had my Shetland/Welsh ponies to wrangle. I graduated from riding the Shetland around the farm to riding a gentle bay saddle horse, Junior, and later, moved up to riding Buddy, a feisty quarter trained for cow cutting. A cutting horse turns on a dime, hind legs stationery, front jumping back and forth, the goal being to “cut” the cow from her calf in the weaning process. Buddy was a registered quarter horse, his name on the papers was Baby Rondo. He came from a long line of cutting horses.

When I went to Stanford, there were stables with horses. Some of the students boarded their horses there, but they also had horses to “rent.” There was an equestrian class that cost $70—back then a fortune for a student on scholarship and loans. But my senior year I decided to pop for the class and ride at Stanford. It was English riding, not western. I showed up the first day of class in my cowboy boots and jeans. The other students either had English riding gear or tennis shoes. They gave me this HUGE horse—I was used to western cow ponies and quarter horses that stood maybe 15 hands high. These horses were as tall as draft horses without the bulk, I’d guess 17 hands.

I had never sit in an English saddle, and it all felt so foreign. The big, ambling dappled mare felt just shy of a Belgian work horse, and right away I realized I was not in Montana anymore. I was used to holding the reins in one hand, a slight movement right or left would initiate the turn. These stable horses weren’t trained to neck rein, and right off the bat we got off on the wrong foot.

The class met up in the arena forming a large circle of horses and riders, all astride our gentle giants. We each rode the horse at a walk, trot, lope. I had trouble getting Big Bertha (not her real name) to do anything but walk. I was so embarrassed and my ego bruised.

So I never went back.

I know, what a big baby… but I forfeited my $70 and passed up an opportunity to learn something new. It was all just too weird.

So now, forty plus years later, I just got a flier from Arrowwood Resort in Alexandria, Minnesota. They have riding stables, and while they focus on western saddles and trail rides, I thought to myself, I should do that! I haven’t ridden a horse in so many years I can’t even count, but it might be the next chapter for me, like rereading Jane Eyre or Pride and Prejudice. It’s all so familiar yet thrilling and captivating all over again.

And the private lesson at Arrowwood is only $45/hour. A bargain in today’s dollars.

Generational Trauma. I’d never heard of it ‘til this spring when I read Judy Kawamoto’a book, #ForcedOut. The generation of Japanese Americans who were interned never talked about their imprisonment. Not dealing with the trauma caused issues for later generations. I’m all in to learn more about this phenomenon that affects not only the JA’s but unresolved trauma in all areas of our lives. Email sandiegojacl@gmail.com to join. #japaneseamerican #japaneseamericaninternment #generationaltrauma #sandiegojacl #tcjacl #jacl #manzanar #lifelonglearning #asianamericanhistory #densho #heartmountain #judykawamoto #ForcedOut #americanincarceration
Today is Children’s Day in Japan! It used to be Boy’s Day. Fly your carp fish, display your samurai helmet and enjoy your children!
May is Asian American Pacific Islander Heritage month. Celebrate! Eat ethnic food. Write a Haiku. Use chopsticks. Enjoy the blossoms of spring!
Lake Irene sunset and supper. Summer’s on its way. #mnlakes #lakesunset #skyisonfire #outdoorgrilling #waitingforsummer #alexandriamn #mysliceofparadise
Ketchum community book read 2020: On the Corner of Bitter and Sweet. Fortuitous. I was skiing Mt. Baldy aka Sun Valley, when I ran across Minidoka internment camp. When I got to Ketchum, I did some exploring and found out the library and High School were hosting a community book read. It just so happened I had just finished listening to the audiobook. It was great! I met Chiyo Partens and Rod Tatsuno at the read. Rod was born in camp and carried the 2002 Olympic torch. Had to do my own pilgrimage to Hemmingway's gravesite. @friendsofminidoka @minidokapilgrimage @denshoproject @jamuseum @ernesthemmingway
It must be summer. 40 degrees, overcast and my first twist of the season. #tiptopdairy #osakismn #mnlakes #alexandriamn #kickoffsummer