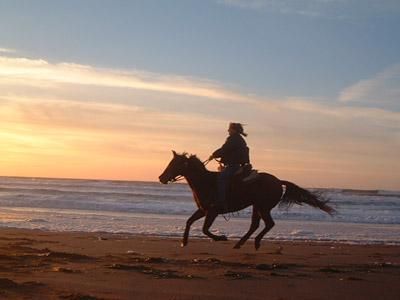 I grew up in a large family of eight kids but I didn’t have an extended family like many of my friends who had cousins. Susan Kerrick had a cousin in our same grade, Margie Kerrick, and I always thought it was so mysterious and wonderful to have a relation, not quite a sister, but more than a friend, who was always there, but not in the same household. And then there were the Kirschenman boys, Johnny, Ron and Paul—three cousins all in our class! The three were similar, yet different. Svaren cousins were boys and girls in grades close but not the same. And likewise, the Torske’s, too many to count or even know which were siblings vs cousins. I can’t even begin to know all the Uffleman’s, the immediate family had more kids than our family, and their cousins were in the mix, too.

But my cousins, what few there were, didn’t live down the road or even in a neighboring town. I had a handful of cousins in Japan, and three boy cousins in California.

These three California cousins were all younger than us—the nearest in age was two years younger than me, and it went down from there. They were brothers, boys, and naughty. On one visit, they locked my sister, Marion, in a bathroom and wouldn’t let her out, even though she was nearly ten years older than they. She was spitting mad when she finally got out—the boys scattering like cats and laughing riotously. They got into trouble, but seeing the fuming teenaged girl sputtering her anger and frustration must have been worth the punishment, whatever it was.

My dad’s best friend, Yoshikazu Tani lived in Santa Maria, not far from Los Osos where the boys lived with Hano (their Mom), and Auntie Ruth and Uncle Jim. One time when Dad was visiting Tani, Mom, Aiko Tani and Aunt Hano were waiting for them. They had met at the Far West Supper Club in Guadalupe, a small farming community near Santa Maria and about 45 minutes from Los Osos. The ladies were getting bored and tired. The men retreated to the restaurant’s bathroom. The three boys, probably aged 6, 5, 4, were crawling, chasing, teasing each other, driving the ladies crazy. Finally, Mom sent the boys into the john to get the men out. The boys ran in, and ran back out, telling the ladies that the men were almost done, and would be out shortly. Nothing happened. No men appeared. The women sent the boys back in to roust the men. The boys returned, shouting, “Soon! Soon!”

Nothing happened. The process repeated. The message was the same. “Soon.”  The boys ran off to play. Mom’s eyes followed the boys who had retreated to a corner of the restaurant. They were playing with something, their backs to her, huddled, crouched surreptitiously.

She grabbed one boy by the scruff of his neck and pulled him from the cluster. Silver dollars clattered to the ground, falling from his grasp, the dollars bigger than his toddler fist could hold. The boys looked at her guiltily—and they ‘fessed up. Daddy and Tani were giving the boys silver dollars to leave them alone and tell the ladies that they were “almost done.” The boys each had about eight silver dollars apiece.

I loved these stranger boys like distant brothers. I was closest in age and had a special relationship because with them I was no longer the baby of the family, but a pseudo-older-sister. They had horses, lived next to Montana d’Oro State Park in Los Osos, and rode the beaches. They lived in paradise, and I was their cowboy cousin. They weren’t mean to me like they were to my older sisters, I was more like a partner in crime, without being an active participant.

Now we are old—all of us in our 60s. We gather infrequently. But when we do, we are naughty, brave, boisterous, outrageous and funny kids again, bonded by blood, a common look and feel, and a continuous connection that goes deeper than touch. 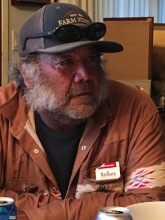