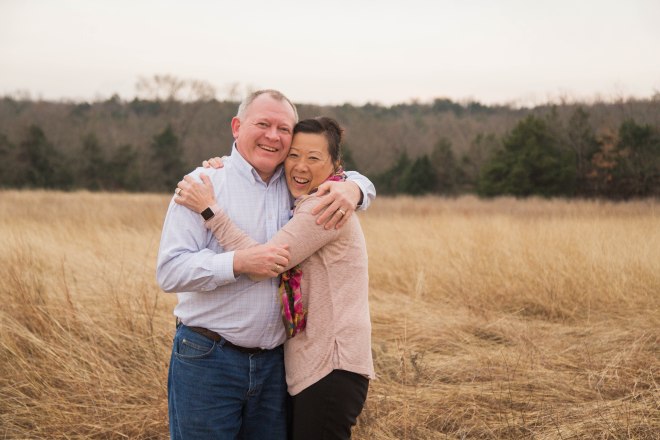 Posted on December 25, 2018 by elainekoyamawrites Posted in Creative Writing, Lifelong Learning, Memoir, The Business of Writing

Season’s Greetings to you all!

The year started out with great anticipation—a summer wedding, another grandchild, downsizing, a new career. Scot and I began our experimental road tripping across the western US.  We skied Red Lodge and Big Sky, then dropped down to Park City, UT where snow conditions were horrible, but the time together was relaxing. Swimming in the Homestead Crater was an unexpected and awe-inspiring experience. We met up with my college best friends, Steff and Steve Keire in St. George and waited patiently at “The Wave” lottery to check off one of Scot’s bucket list items but alas, it was not meant to be. When we parted ways at the end of the week, Scot was clearly exhausted from nothing but light hiking.

We checked into the Dixie Regional Med Center where it turned out the CLL cancer Scot had been dealing with for 12 years was now attacking his hemoglobin. We cut our adventure short, took the long way home driving his Little Blue Truck (a crew cab F-150) along Route 66 through Winslow, Arizona (yes, we stood on the corner.)

The next month was in an out of the hospital, but we finally got his CLL at bay, and life was returning to normal. The Nordic Drive house we had lived in for 33 years sold in April, and we were to close the end of May. On May 18—one day before a wedding shower, three days before my birthday, six days before we had to be out of the house, seven days before closing on the home sale—Scot died of a massive heart attack.

Yet with the support of family, friends and faith the year has continued on relentlessly. My kids, family and friends cleared out my house. We held a celebration of life at the Minneapolis Woman’s Club. I completed the sale of Nordic Drive and bought the condo on Mainstreet Hopkins that Scot and I had made an offer on.

Then, the day after Memorial Day my best friend Richelle lost her son. We deployed the resources that had been working on my move to her home—she had sold and was moving to a townhouse, too!

The wedding shower for Paige and Tom was postponed and held later after we’d all had time to recover.  Maiya had baby Wesley on July 12, and Tom and Paige married on July 21 in a beautiful wedding on Nicollet Island. The Aquatennial celebration fireworks after the wedding affirmed that Scot was there in spirit. Lee bought a townhome in the Hilltop neighborhood, and both Lee and Tom changed jobs in late summer.

Through it all I have worked at finishing my memoir, establishing myself as a writer, and learning the book publishing process. Scot had told a friend that he wanted three things: Sell the house (check); sell the building in Montana; Elaine to publish her book. I am working at honoring his wishes.

My niece Karolyn was married on 8-18-18 in Sacramento; Our book club lost Barb to an aggressive leukemia. I’ve begun remodeling projects at both the lake and the Landing Pad (as we refer to the Hopkins condo.) My book, LET ME IN, is being published by Beaver’s Pond Press and should be out around May 2019. I am planning to continue our western road trip solo in January, 2019.

This was a hard letter to write. And the first holidays without Scot aren’t easy for any of us. Through it all, my kids have been amazingly there for me whenever I’ve needed them, even while their own hearts are broken. But we have the support of so many people and each other. The cards, letters, calls and just being there for me and my kids have been “the wind beneath our wings.”