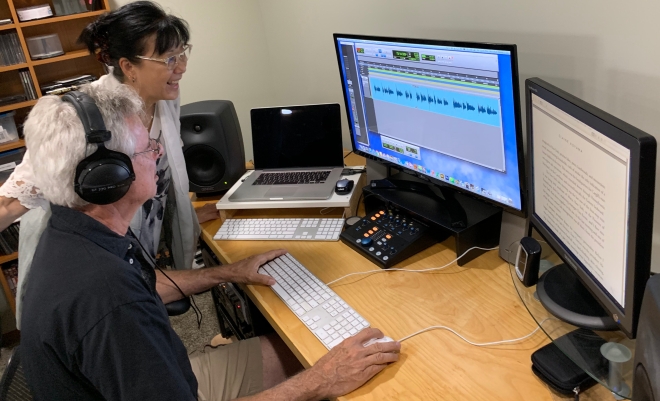 When I began this journey to becoming a published author, I looked at this first book, LET ME IN, as my schooling for a masters degree in how to become an author. I always considered it not only an adventure in learning to be a good writer, but a trek to uncover the mysteries and nuances of the business of writing.

I knew that the book publishing industry was undergoing tremendous change not only because of the ease of self-publishing but the pressure from the rise of eBooks. Today, the share of eBooks has flattened, but the new challenger is the audio book. Unlike the cassettes and CD’s of old, the advent of the mobile phone that is also camera, music, video, dictionary & encyclopedia makes audio books easily accessible. And to me, the greatest beauty of the audio book sourced from my cell phone (in addition to the fact I can listen anytime, anywhere) is that I can the speed up the playback to 2x. This was the game changer for me—listening to books at regular speed felt as though a book was going to take forever to finish.

The audio book production was one of the final steps in the process, primarily because the book had to be completed in order for the audio to begin. And while the primary writing was done early enough, there were enough tweeks and turns of the published book to delay the audio portion until almost launch time. In fact, the audio book wasn’t quite ready when I officially launched–the MP3 files were done, but then the actual publishing of those files to audio book form wasn’t completed. And still isn’t.

The other delay factor was cost. While my audio production team was chomping at the bit, I was dragging due to the outlay of money necessary. The audio book process is expensive. Like eBooks, all the costs are up front–once done, it is done, and there are few, if any, ongoing costs. Paper books, on the other hand, incur expenses every time they need to be printed–and I needed to go into reprint almost immediately.

I found my audio book producer through a networking connection, and following is the discussion with my sound producer, Marshall Davis, about the growth of the audio book business and how he became an audio book producer. Next week, you can hear my conversation with the voice talent who read my memoir, LET ME IN.