Write a 26-line poem using all the letters of the alphabet. Have the first line start with the letter “A,” the second “B,” the third “C,” etc. 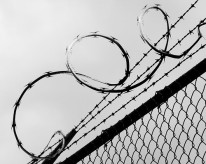 All the faces, Japanese
But for the guards, they are not.
Could it be that there’s been a mistake?
Dare we think this wrong is right?
Everyone is humble, hunched. Hurrying between barracks.
Food is trucked into this desolate land.
Grandmas and mothers shepherd their lambs.
Head of households are missing, the old men were taken
Into camps at places like Missoula and Ft Lincoln.
Just a ploy to disrupt the families left behind,
Knowing in weeks they too would be shaken.
Leaving behind all family possessions,
Made to leave their homes with only what they could carry.
Not knowing when they would be allowed to return,
Precious items were buried, or if lucky left with friends.
Quitting the only homes they had known
Railcars would take them to places unknown.
Short of their final destination, they gathered at assembly locations.
Then on to Rohwer, Gila River, Heart Mountain, ten total camps.
Until they arrived at their assigned barbed wire barracks.
Vistas were stark, most camps were in deserts,
Winds swept the sand through the thin barrack walls.
Xeric land that was good for nothing.
Yet Japanese Americans made homes in the inhabitable.
Zigzaggy the path to the American Dream. Japanese Americans rose like the cream.